When Holland's defences were later concentrated behind the inundation line, Mastricht was, by Royal Decree of Mai 29 1867, abandoned as a strongpoint. During the Belgian Revolution ( 1830-1839) the fortress had still played an important role. 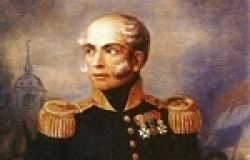 With a strong garrison, gneral Dibbets, the commander-in-chief, had succeeded in preserving the town, and with it Limburg, for the Netherlands. After the secession of Belgium (1839) the town again became an outlying border fortress, abandoned by modern military scientists as being indefensible. that Maastricht, in contrast to so many other towns in the Netherlands, has preserved such important section of its fortifications is due not so much to the fierce protests that were raised at the time by a small circle of students of history, as to luck and to externel pressure. Here, the father of monument care in the Netherlands, the Maastricht-born Jonkheer Victor de Stuers, played an important role. 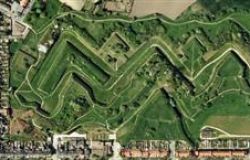 Thus using his position as a state civil servant, he managed to initiate a large-scale restoration of the medieval fortifications, which started in 1881 with the Helpoort. The restoration of the outworks in the period after World War II, and the services lent disinterestedly by olunteers, are clear indications that appreciation for this cultural heritage is strongly growing.